A daring, moving fictional account of the last moments of a father and his two sons atop the World Trade Centre on September 11.

`The only way to know what took place in the restaurant on the 107th Floor of the North Tower, World Trade Center on September 11th 2001 is to invent it.'

Weaving together fact and fiction, empathy and dark humour, autobiography and intellect, `Windows on the World' dares to confront the terrifying image that has come to define our world, the image onto which we project our fears, our compassion, our anger, our incomprehension.

Beigbeder is a fierce, furious, infuriating chronicler of human iniquity and human suffering, and this book is a controversial, yet surprisingly humane attempt to depict the most awful event of recent memory. 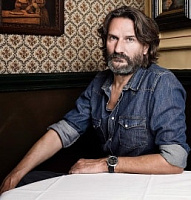